The power of Amazon is once again flayed. In early April, New Yorkers created a surprise by launching a union, a first for the American e-commerce giant. It is the turn of their French comrades to enter the news. From Sunday April 3 to Tuesday April 5, more than 1,200 employees walked off the job at all of Amazon Logistics’ French sites. Friday, April 8, the actions continued: the site of Saran for example, in the northern suburbs of Orleans, had a hundred strikers in the morning. This is the first time that the five unions representing the group (CFDTSouth, the CGTthe CAT and CFE–CGC) call for such massive collective action.

At stake: wage increases during mandatory annual negotiations. Amazon management offered unions 3 % general increase. A judged sum “ derisory » by staff representatives, who are demanding 5 Minimum % to compensate for the surge in energy prices and the jump of 4.5 % of inflation. After an hour and a half of discussion, the tone rose. A suspension time was taken to cool the spirits. Gathered around a coffee, the trade unionists were surprised to feel their phone vibrate: the management of Amazon announced the 3 % increase via the internal application dedicated to all employees. A way to go beyond the intermediate body to speak directly to all employees. “ It set fire to the powder »remembers Morgane Boulard, delegate CFDT. From an email, Amazon united the five unions against it.

The reaction was immediate. Unlimited strike notices were filed on Sunday – unionists preferring to establish a strategy of walkout rather than a total strike. “ We want to keep the pressure on Amazon, the strike movement is still active on several sites, including Boves (Somme) and Brétigny-sur-Orge (Essonne) »explains Morgane Boulard to Reporterre. For its part, the online retailer said in a statement that these actions had no “ no impact on ability to serve customers » Or on “ daily activity ».

For sociologist Francesco Massimo, specialist in labor relations at Amazon, this national strike movement is a first in its scope and the method used: “ The novelty is this strategy of mobilizing on delicate schedules, by hindering truck departures. There is a knowledge of the flow of the organization of work which has progressed, a desire to strategically use the weapon of the strike by maximizing the damage, and minimizing the losses for the employees. » 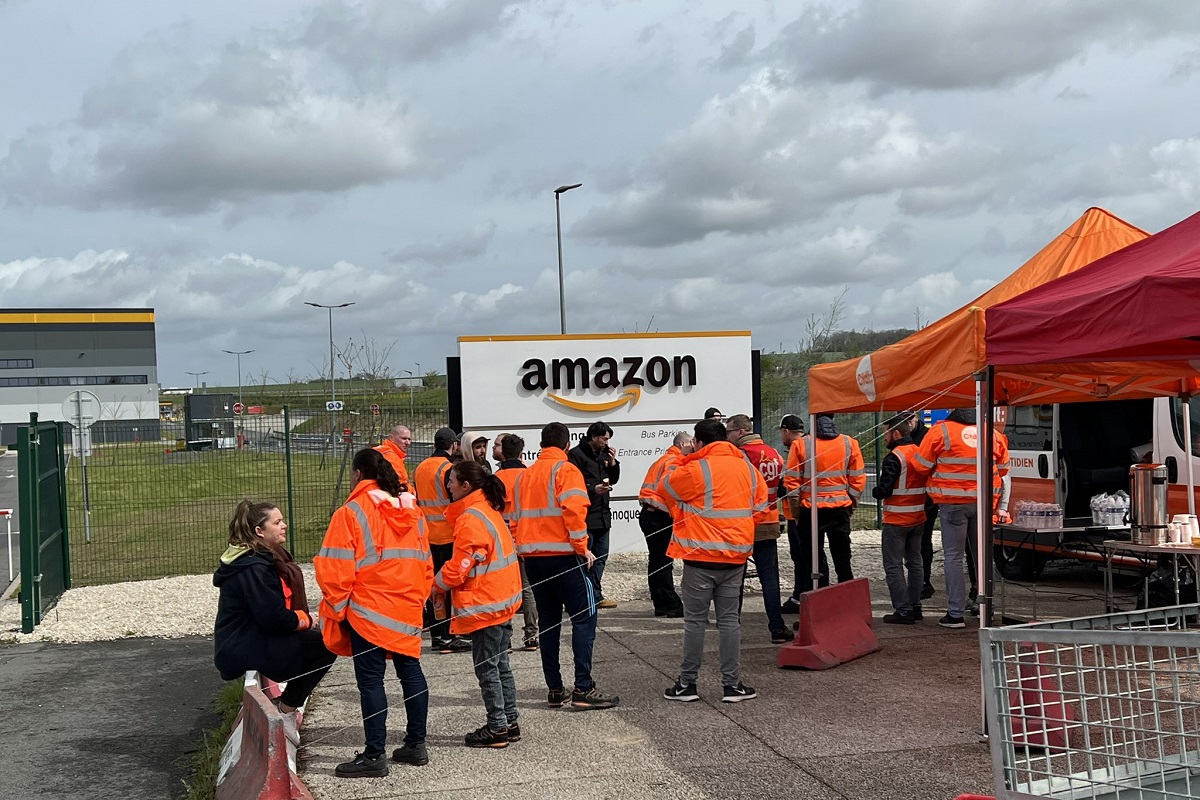 According to the researcher, the sign of Jeff Bezos maintains reports “ of unarmed hostility » with the unions. “ Amazon has an anti-union culture but since French law requires companies to negotiate with unions, it has learned to play with them », underlines the sociologist. It details: “ This takes the form of strategies aimed at convincing employees that they do not need trade unionists. These are systems of communication, bonuses, collective initiatives in the workplace, attempts to circumvent bargaining with the unions. They have also developed a way of playing on union fragmentation. »

Anti-union repression also involves disciplinary sanctions, dismissals and attempts to exert pressure. This was the case at the Saint-Priest site, near Lyon, where, as revealed by the information site Balance of power, a Sud commerce trade unionist was registered without his knowledge and then intimidated by his human resources manager. In the United States, Amazon has just filed an appeal against its first union. The company assures that employees were threatened to vote in favor of its creation.

Subscribe in less than a minute to receive a selection of articles published by Reporterre.

Amazon forced to cancel its warehouse project in Belfort