Someone managed to hack into Elon Musk’s Starlink internet satellite network using a $25 homemade device. SpaceX reacts and invites researchers in the sector to hack into said network to detect flaws. The company promises bonuses of up to $25,000.

SpaceX announces that security researchers are welcome to hack into its satellite internet network, Starlink. The company adds that it could pay them up to $25,000 for finding certain bugs in the service.

This announcement follows a release by security researcher Lennert Wouters in which he claimed to have successfully hacked into Starlink using a homemade device worth $25. The disclosure came as part of a SpaceX bug bounty program for industry researchers willing to submit their findings of potential vulnerabilities in the Starlink network. Wouters’ hack, which uses a homemade circuit board, shouldn’t worry Starlink users and won’t directly affect the satellites, SpaceX reports. 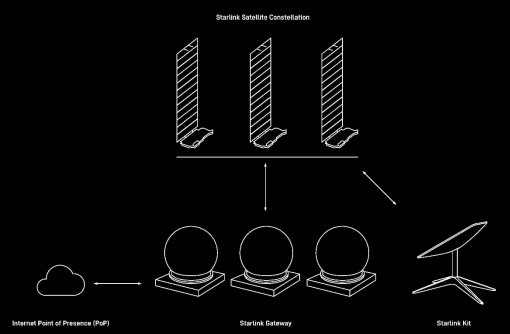 The company’s engineers are continuing internally with the hacking attempts in order to improve the service and make it more secure. The company welcomed any security researchers who wanted to help secure Starlink, asking them to consider joining the team or reporting their findings through the company’s bug bounty program.

We allow responsible security researchers to perform their own testing and offer them monetary rewards when they find and report vulnerabilities, SpaceX says.

On SpaceX’s Bug Reward Program website, it says researchers who perform non-disruptive testing on Starlink, report the results, and discover vulnerabilities under the program can receive a reward of between 100 and 25 000 dollars.

The site lists 32 researchers who SpaceX says have reported significant security issues in Starlink. It also says the average payment over the past three months was $973.

What do you think ?

SpaceX is looking to build next-generation Starlink internet satellites, according to job postings on its dedicated page

Elon Musk’s Starlink satellite internet service has been approved in the UK, and users are already getting their beta kits