Microsoft will stop selling Windows 10 on January 31, 2023. It will no longer be possible to buy and then download the OS from the official website. Instead, you will have to opt for Windows 11. This does not mean that the operating system is abandoned, far from it.

If you want to buy Windows 10 from the official Microsoft website, hurry to do so. Indeed, the Redmond firm announces the end of marketing. After January 31, it will no longer be possible to obtain it.

No sensational announcement from Microsoft, but a simple message appeared on the OS download page:

After January 31, 2023, Windows 10 download will no longer be offered for sale. Windows 10 will still be supported with security updates that help protect your PC from viruses, spyware, and other threats until October 14, 2025.

The goal is obviously to make way for Windows 11. The latter, released in October 2021, represents the future for Microsoft. It has certain constraints, such as the need to have a TPM 2.0 chip, which leads many users to stay on Windows 10. But in about ten days, it will be necessary to give up the idea to buy this last “new”. Nothing dramatic there, since the transition to Windows 11 represents the meaning of history.

Read also – Windows 11: the file explorer will have the right to a big facelift

If you’re currently on Windows 10, don’t panic! This version of the OS will certainly no longer be sold, but will always be followed. Security updates and enhancements will still be rolled out to all users until at least 2025. After that, support will be at Microsoft’s discretion.

As a reminder, Windows 10 was released in October 2015 and introduced the current codes of the OS, which had been looking for a new identity since Windows 8 in 2012. Windows 11, which arrived in 2021, takes up the main lines of its predecessor by improving many things in terms of design. We can’t really advise you to take the plunge if you haven’t already done so. 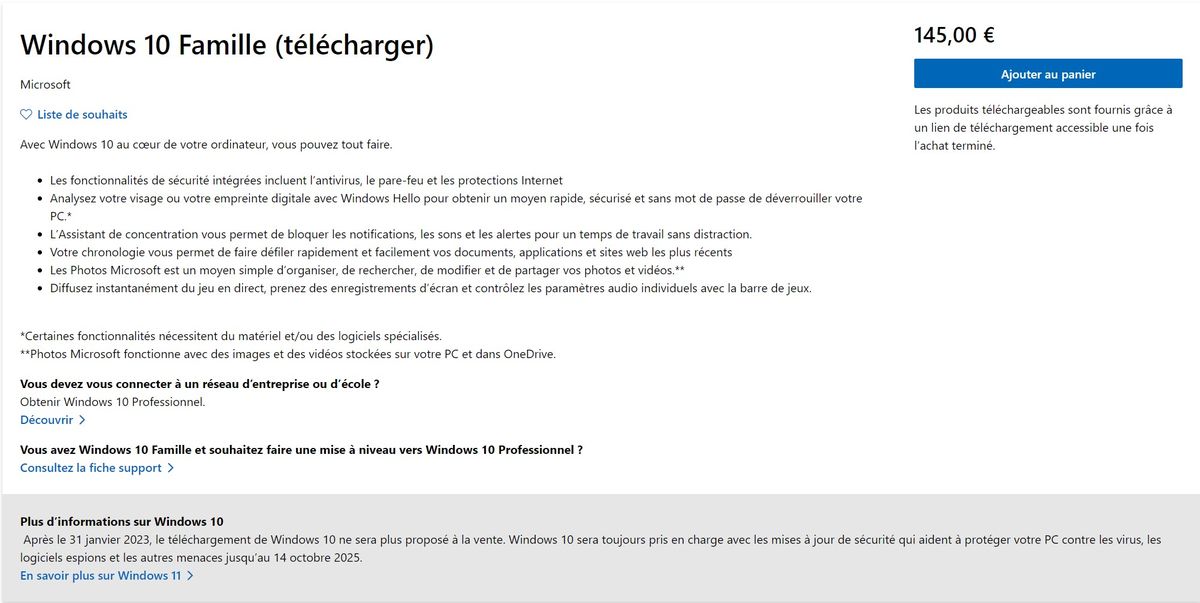