Microsoft would again be in the crosshairs of the European Union because of its Teams videoconferencing and messaging service. EU antitrust authorities are reportedly considering launching an antitrust investigation into Teams based on a complaint filed in 2020 by Slack. The complaint alleged that Microsoft unfairly tied Teams and other software to its widely used Office office suite. The European Commission would have planned to rapidly intensify the investigation and would prepare a statement of objections setting out the competition problems linked to the behavior of the Redmond firm.

Pointing to the huge market share Microsoft enjoys for its Office 365 productivity suite in Europe, Slack claimed that Microsoft’s behavior violates EU competition law. “Slack threatens Microsoft’s grip on business email, the cornerstone of Office, which means Slack threatens Microsoft’s lock on enterprise software,” said Jonathan Prince, vice president of communications and communications, at the time. politics at Slack. According to sources familiar with the matter, the case, which seemed to have been put on the back burner for a while, could resurface very soon. 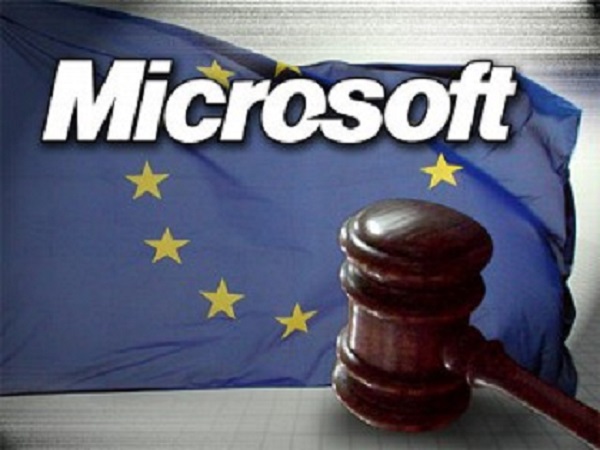 Politico reported Wednesday that EU antitrust authorities are considering launching an investigation into Teams, citing four people familiar with the matter. The EU Commission is expected to issue complaints soon outlining competition concerns related to Microsoft’s behavior. In addition, according to people interviewed by Politico, in recent weeks the Commission has been sending inquiries to rivals and clients about what evidence it plans to use. Analysts, these requests for “access to the file” are often a prelude to sending objections after the launch of a formal investigation.

A Commission spokesman said “the complaint is being assessed”. Indeed, the use of Teams has skyrocketed in recent years, largely thanks to the shift to working from home caused by the pandemic. Slack has also seen growth over this period, but in April 2020 Microsoft said 75 million people use Teams every day, up from Slack’s 13 million “daily concurrent users” last March. Slack wants the European Commission to separate Teams from the Office 365 bundle and demand that Microsoft charge for Teams.

In this regard, Microsoft plans to launch Teams Premium, a paid version of Teams intended for businesses, in February 2023 and features currently available to everyone will now be paid for. App features that will transition from Teams licenses to Teams Premium licenses include: live translated captions, time stamps in Teams meeting recordings to indicate when a user has left or joined a meeting, SMS notifications , organizational analytics in the Teams admin center, the scheduled queues view, and more.

Slack, Box, Dropbox, Google and other enterprise software vendors have made integration between their products a top priority, believing that users want the freedom to integrate different tools while still choosing the best products. more relevant to their business. However, Microsoft has not agreed to provide the same level of Teams API access that is commonly agreed upon in the market. Their public APIs are just good enough to build a minimum product, but not to build the experience our joint customers want,” said David Schellhase, general counsel at Slack, in 2020.

Slack’s attorneys argued in the complaint that Microsoft is abusing its position in the office apps market by bundling Teams for free with paid Office 365 subscriptions. Office and related software integrated into Office 365 and Microsoft 365, one must, as the European Commission will surely do, take into account the big picture of Microsoft’s market power in the enterprise software market, said Trevor Soames, a European intellectual property lawyer representing Slack.

Microsoft defended itself by stating: we created Teams to combine the ability to collaborate with the ability to connect over video, because that’s what people want. With Covid-19, the market adopted Teams in record numbers while Slack suffered from the absence of videoconferencing. We are committed to providing customers with not only the best innovation, but also a wide variety of choices in how they purchase and use the product. We look forward to providing further information to the Commission and answering any questions they may have. .

It should be noted that a few months before his complaint in 2020, Slack CEO Stewart Butterfield had stated that Teams was not a competitor of Slack. Butterfield had revealed that within its structure, they believe that “Microsoft may have the unhealthy concern to seek to kill us, and Teams is the vehicle to do that.” He recalled that Slack obviously has its own voice and video calling features, but that’s not the main focus of the app, and often companies integrate Zoom or Cisco’s WebEx instead. During the pandemic, Microsoft moved businesses from Skype for Business to Teams.

In addition, Microsoft is also the target of other antitrust complaints filed by cloud service providers regarding licensing terms and alleged tied selling practices for its Azure service. Last November, a European trade group representing 24 cloud infrastructure providers in Europe filed a complaint with the European Commission over Microsoft’s cloud software licenses.

The complaint, filed by the “Cloud Infrastructure Service Providers in Europe” (CISPE) group to the European Commission’s Directorate-General for Competition, followed a separate complaint filed by two of its members, OVHcloud and the Italian hosting company Aruba. OVHcloud and Aruba also allege that Microsoft’s behavior is anti-competitive.

Slack files a complaint against Microsoft in Brussels for anti-competitive practices, accusing it of having illegally linked its Teams product to its Office suite to eliminate its competitors

Microsoft will launch Teams Premium, a paid version of Teams aimed at businesses, in February 2023, and some features currently available to everyone will now be paid for