Winner of the Copa America against his best enemy Brazil, Argentina is now aiming for a victory in this World Cup which could be the last for Lionel Messi. His teammates will do everything to give him the most beautiful of outings.

After 1978 and 1986, Argentina is looking for a third world crown and especially Lionel Messi’s first. By winning the Copa America, the PSG striker overcame the curse that dogged him with the selection since he had not won any major title.

This title allowed him to ease the pressure a little, he will not end his career without a title with Argentina. But he wants more, he wants to win this world trophy which narrowly escaped him in 2014 in Brazil when Argentina lost in the final against Germany. In 2018, it was France led by a super Kylian Mbappé who shattered the dream of the Argentines in the round of 16.

All that is in the past now and all Argentinian eyes are on Qatar where Argentina will be favorites with Brazil and Germany who should never be forgotten in the forecasts. Hope is in order because Lionel Scaloni has given a soul to this team, it can evolve in several systems. He does not hesitate to change the system during a match, he is not a cautious coach and he adapts to the opponent when necessary. During the qualifying matches, she was in 4-4-2 or 4-3-3 while during the Copa America she was more in 4-2-3-1.

The Argentinians will rely as at the Copa America on experienced players, Palacios, Nicolas Otamendi, Leandro Paredes, Angel Di Maria or Lautaro Martinez and of course Lionel Messi. The list will not hold too many surprises, this is not the time for Scaloni to experiment and no youngster has emerged in recent months to upset the hierarchy.

A midfielder in question

Messi has been in great shape since the start of the season and he should have a great World Cup. Even if it is one of the favorites, Argentina has some flaws, especially in the midfield. The midfield is inferior to that of Brazil, Germany or Spain. But if Argentina have problems in this sector during the competition, Messi will take care of switching the matches on a stroke of genius. He wants this title, it’s the big goal at the end of his career, he prepared himself to be in good shape in Qatar and when Messi is motivated and physically ready, few players can stop him.

How did Argentina qualify?

It is against the great Brazilian rival and despite a sad 0-0 in a match that we expected to be spectacular that Argentina validated its ticket for Qatar. Messi’s teammates finished runners-up to Brazil by six points as they conceded a few surprising draws. We think in particular of the 1-1 against Paraguay and Chile at home. Brazil finished with 14 wins and 3 draws against 11 wins and 6 draws for the Argentinians.

They are the only two undefeated selections of these qualifiers in South America, Uruguay, 3rd, finishing eleven points behind Argentina. Despite their fine attack, Scaloni’s team only scored 27 goals tied with Ecuador, far behind Brazil and their 40 goals. She also finished with the 2nd defense (8 goals against 5 for Brazil).

Lionel Messi has won almost everything. After his first Copa America victory in the summer of 2021, the seven-time Ballon d’Or has only one thing in mind: to win his first World Cup. At 35, he won’t have many chances to win a World Cup, especially since it could be his last. Finalist of the 2014 edition, he also wants to erase the difficult elimination of 2018 against France in the round of 16. After the World Cup, it will be time for the former Barcelona player to think about his future. At the end of the contract with PSG, he could return to Barcelona or leave to try his luck in MLS.

Argentina will be keen to offer a world title to their star, but the team is much less complete than Brazil in particular. It has a great attack but the midfield, defense and goalkeeper are below other selections. She is an underdog not the favorite. 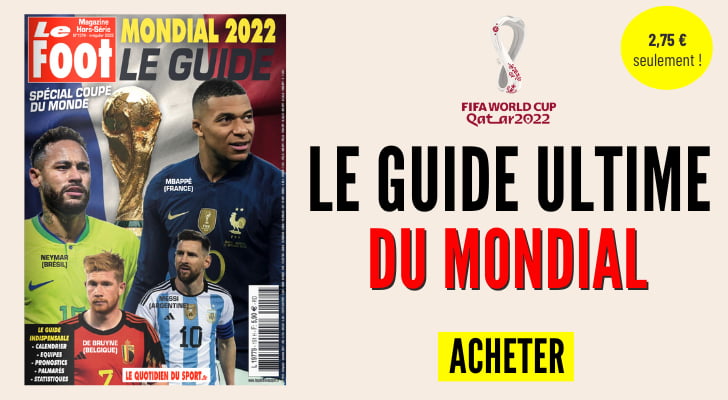