Amazon Prime Video is making major changes to its interface with the goal of ” showcase its wide selection of content “. The new design, which is significantly similar to that of Netflix, presents a new organization of the tabs so that Internet users can find the content they are looking for more quickly.

Unlike its competitors, Amazon’s streaming service took time to revise its presentation. Today, the company is initiating a structural overhaul of Amazon Prime Video’s menu to address user criticism and to increase its visibility on modern streaming devices.

In the same category

Disney+ is gaining more subscribers than expected, but its revenue is falling 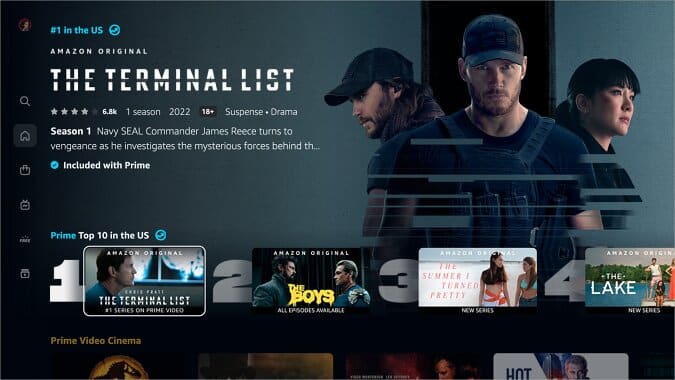 The improvements affect both aesthetics and the layout of menus and tabs. The left sidebar now displays the categories Search, Home, Shop, Live TV, the Free icon, and finally My Contents. There is also a sub-menu for sorting movies, series, shows and sports.

The new Amazon Prime Video homepage offers convenient filter options. The bar offers search suggestions based on the first characters typed on the screen. This functionality, already present on mobile applications, has been extended to living room screens. The interface selects the 10 most viewed films and series to allow Internet users to follow trending titles. Content comes with a blue or gold badge to indicate free or paid status.

Finally, Amazon Prime Video has taken a deep dive into the Sports tab to help subscribers find live events, replays, and even sports documentaries. The company has acquired exclusive broadcast rights for NFL Thursday Night Football matches in 2021 and plans to add the UEFA Champions League, Cricket League and Indian Premier League to its catalog soon.